Hollywood Presbyterian Medical Center paid a $17,000 ransom in bitcoin to hackers who seized control of the hospital’s computer systems holding them a healthcare hostage. The cyber assault on Hollywood Presbyterian occurred Feb. 5, 2016, when hackers using malware infected the institution’s computers, preventing hospital staff from being able to communicate from those devices.

In 2015 the most cyber crime bloodletting occurred in healthcare and 2016 is already trending to the same trajectory. Cyber security providers out there offer Band-aid solutions but what the healthcare industry needs is a cure. Continuum GRC has the solution that can inoculate your organization against these threats, preventing hackers from holding your patients and your business a healthcare hostage.

What could Hollywood Presbyterian Medical Center have done differently to have avoided being a victim to hackers? For starters, they could have taken a proactive approach and identified where their risks were, but instead they took a reactive approach, and now their business has been damaged. The cyber security experts at Continuum GRC know that when you take a proactive approach to security, compliance, audit and governance, you eliminate the potential for sending your business to the emergency room or worse yet, the morgue!

The following steps are proven to help:

Sound daunting? We know it is and that is why Continuum GRC takes the guesswork and complexity out of the assessment and certification process. Subscribe to the best tools that are guaranteed to help you avoid becoming a victim to hackers. 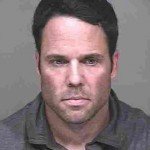 It is always rewarding when cyber security and cyber forensics protect the innocent.  Monique Vivien Macias of KPNX 12 News Phoenix discusses with Lazarus Alliance and Continuum GRC’s CEO Michael Peters how cyber forensics has become such a vital resource in law enforcement’s toolkit.

Christopher Thomas McKenna, the former Chaparral High School teacher and girls’ track coach facing charges for having an on-going sexual affair with a student from another school is facing more charges for allegedly continuing to contact and see the teen.

According to court documents, after his arrest last December, a judge ordered McKenna to wear an ankle bracelet to track his movements as part of his release.

It’s one piece of a cyber puzzle Scottsdale police reportedly used to obtain evidence McKenna and the now 17-year-old girl were meeting up, continuing to talk over the phone and also, possibly, contacting each other through social media.

Peters has previously used his training in computer forensics to help various law enforcement agencies including the FBI.

“For both solving crimes and preventing crimes,” Peters said, “there are numerous applications that are constantly locating individuals.”

Court papers show location data collected by online apps on the teen’s cellphone show she and McKenna were in the same spot, at the same time on several different occasions and that the teen had been near his house on multiple instances.

“Whatever kind of application you’re using, you start leaving bread crumbs,” Peters said. It can happen multiple ways but mostly, “through networks, through cell towers, Wi-Fi access points,” he continued.

However, the report says police used cyber forensics to trace the phone and were able to create a timeline of where and when the phone was purchased and also when McKenna allegedly met the teen and gave it to her.

It went on to say investigators linked McKenna’s debit card to the phone’s purchase.

McKenna is now facing charges for failing to comply with a court order, in addition to a list of other charges which including the sexual exploitation of a minor and luring a minor for sex.

Jail records say he has been released from jail.