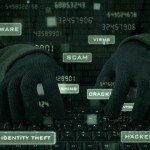 [A]ttackers shifted away from automated exploits in 2015. Instead, attackers engaged people through email, social media and mobile apps to do the dirty work of infecting systems, stealing credentials and transferring funds.

Across attacks of all sizes, threat actors used social engineering to trick people into doing things that once depended on malicious code.

What is Human Hacking?

Human hacking is a type of con during which, instead of trying to hack into a system, the hacker engages in old-fashioned espionage techniques that involve human interaction and prey on weaknesses in human psychology, such as helpfulness, curiosity—even greed. A human hacker may approach an access-controlled door carrying a number of packages and pretend to fumble for their key or access card; an unsuspecting employee, thinking they are being helpful to a co-worker, opens the door for the hacker. This technique is known in the industry as tailgaiting. Or, using the pretexting technique, the hacker may phone an employee, pose as a help desk worker, and attempt to get the employee to provide their system access credentials.

These simple techniques are surprisingly effective. TechTarget reports that a human hacker recently used pretexting to compromise the U.S. Department of Justice. The hacker phoned the DOJ, pretending to be a new employee who was having difficulty accessing the department’s web portal. The hacker was quickly provided with a token that granted him full access to the DOJ intranet. As a result, information on 20,000 FBI agents and 9,000 Department of Homeland Security employees was publicly leaked.

Other common human hacking techniques include:

How Can Your Organization Prevent Human Hacking?

As with all cyber security issues, the best defense is a good offense. Continuum GRC recommends that organizations take a proactive approach to preventing human hacking, beginning with establishing a comprehensive cyber security policy and employee training program. If employees are aware of the types of cons human hackers run, they can learn to identify and report them before any damage is done. Continuum GRC offers the fastest ticket to policy and governance readiness in the business.

Additionally, organizations that conduct ongoing risk assessments and fix the gaps identified are on average a whopping 96% less likely to suffer a breach by hackers. Continuum GRC recommends organizations of any size implement a risk management program sooner than later when it may be too late.